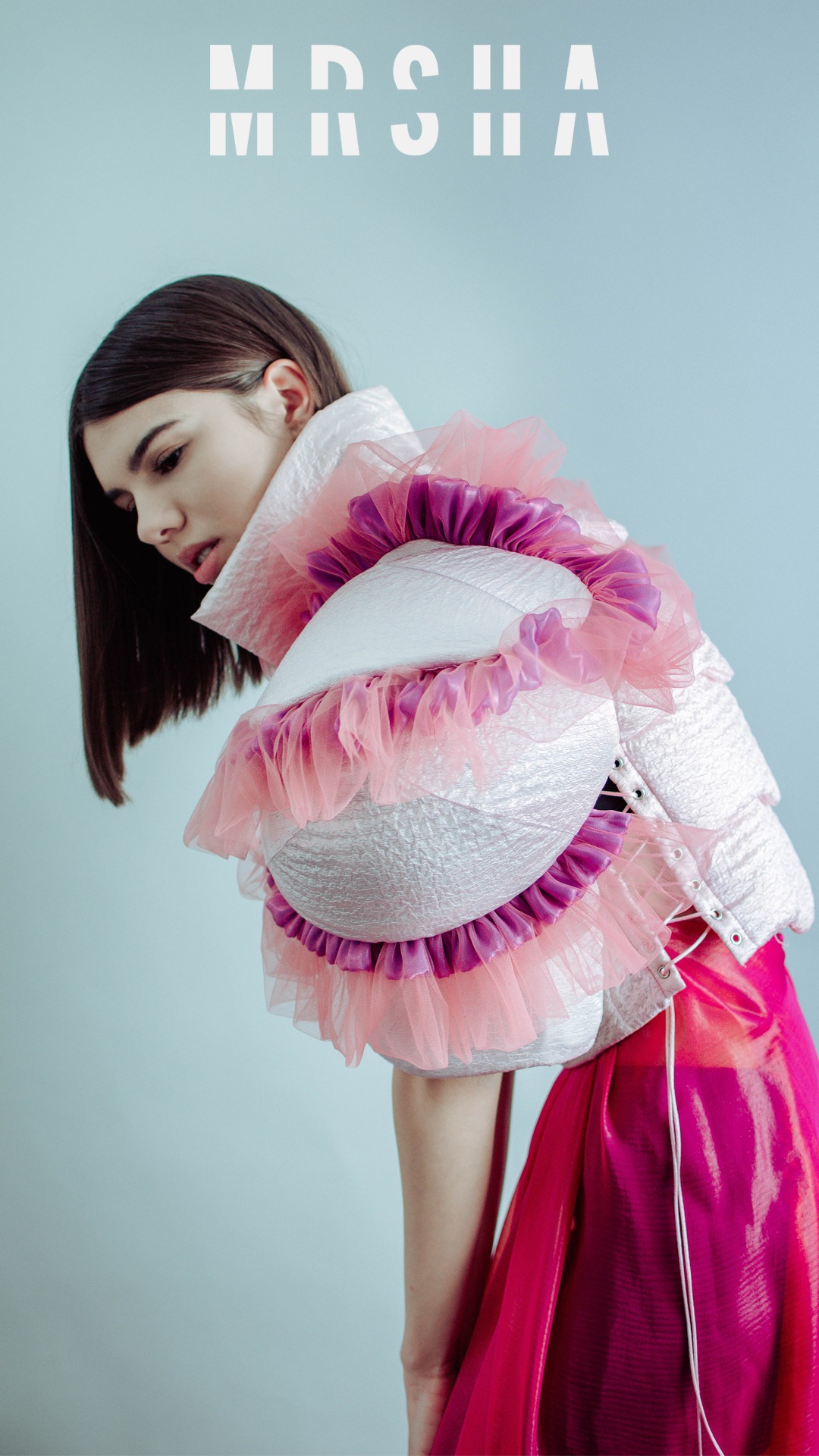 How does one go from playing hockey to designing clothes? Well honestly I have no idea, but somehow it happened to me.

The idea for this piece comes from the dual relationship between these two totally different chapters of my life. On the one hand, we have me playing hockey, and on the other, we have me designing and sewing clothes. Not the typical background you would expect from a fashion designer, right? And this is what inspired me, I wanted to visually represent both of them. So I decided to cut up my old hockey gear and follow its construction basis. But at the same time adding the visual touch of my newly formed surroundings.